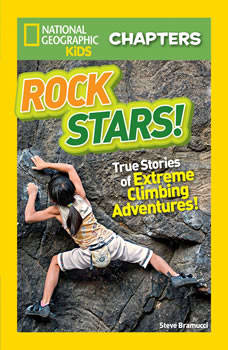 Find out about the life of rock climbers in this cool new Chapter book, part of an Extreme Adventure strand featuring high-adrenaline stories about real explorers. With gripping--and TRUE--stories of incredible adventures, Rock Stars! takes readers on three amazing journeys of ultimate survival. From New York's Central Park to the towering Himalaya, no peak is too high for these extreme rock climbers! Perfect for all readers who love exciting, real-life, adrenaline-fueled tales that will have you on the edge of your seat.