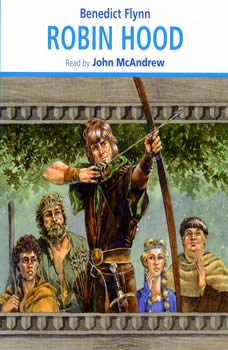 The popularity of Robin Hood endures for ever. In this bright re-telling for audiobook by Benedict Flynn, complete with sound effects, Robin Hood steals from the rich and gives to the poor, faces and overcomes the Sheriff of Nottingham, is supported by Little John and Alan a’Dale, and meets Maid Marian. But the drama and the danger are ever present, and sadness is not far away.