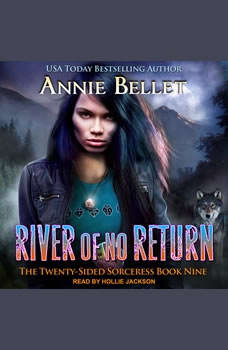 River of No Return

Supposedly, nature abhors a vacuum. I'm finding this is true in the worst way . . . Defeating her evil ex-boyfriend hasn't exactly been the reprieve from trouble that Jade hoped for. When Alek's mentor shows up with an injured Justice and government agents start asking questions she doesn't want to answer, Jade's problems are just beginning. Enemies new and old make their moves as a war looms on the horizon in this exciting ninth book in the Twenty-Sided Sorceress series.