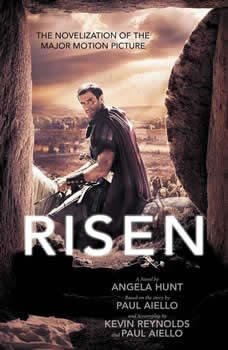 Risen: The Novelization of the Major Motion Picture

Epic in scope, yet deeply personal, this novelization offers a unique perspective on the story of the resurrection. Roman Tribune Clavius is assigned by Pilate to keep the radical followers of the recently executed Yeshua from stealing the body and inciting revolution. When the body goes missing despite his precautions, Clavius must hunt it down.His investigation leads him from the halls of Herod Antipas to the Garden of Gethsemane and brings him in touch with believer and doubter alike. But as the body still remains missing, Clavius commits to a quest for the truth--and answers that will not only shake his life but echo throughout all of history.

The Reunion
by Dan Walsh

Aaron Miller knows a thing or two about loss. He’s lost love. Dignity. Second, and even third, chances. Once honored for his heroism, he now lives in near obscurity, working as a handyman in a humble trailer park.But God is a master at finding...

Touching the Sky
by Tracie Peterson

Though their first encounter is hardly auspicious, Laura Marquardt soon discovers herself drawn to the dashing Captain Brandon Reid. As an officer over the colored troops, he eagerly supports her desire to educate blacks and seek harmony in a town w...