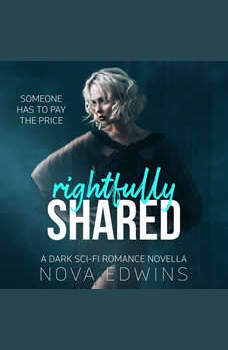 Sean has been my best friend as long as I can remember—benefits included. Even the apocalypse does not change that. We used to roam night clubs; now we roam the wastelands, scavenging.

I’d never leave Sean behind, but his leg is badly injured and he can barely keep up. Every day, life is getting more and more dangerous. And with less than one-third of the female population left, women are a rare commodity.

We need help. If it was only me, I’d have the apocalypse version of a sugar daddy in no time—but I need someone willing to protect both me and Sean. And I will do whatever it takes to find him…

Dark sci-fi novella with wildly over-the-top action and an HEA. Contains a grunting alien with horns, a possessive human man, and a tiny dash of the apocalypse.