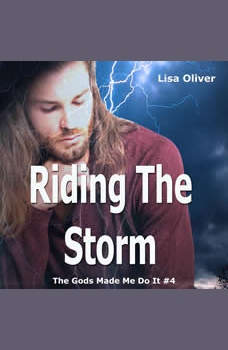 Series: The Gods Made Me Do It

Thor, Norse god of the storms, was extremely frustrated Lasse was making a heap of excuses to back out of all the fun activities they used to do before Lasse's mate, Jason, got pregnant. It wasn't as though he objected to his best friend finding his true mate, it's just he didn't think Lasse should worry himself gray over the things Jason enjoyed doing. And okay, maybe the storm over Manhattan wasn't strictly necessary, but... who was that man who glowed in the rain? Yep, glowed.

Orin Green is a loner who keeps his head down and lives for his work. A strong believer in the ancient gods all his life, he has no problems splashing through the rain when Thor is throwing his temper around. He's got other things on his mind. Like why Professor Foggerty hates him so much and just what is the secret of the book Foggerty wants translated? When things get out of hand and Orin's attacked in his own apartment, the last person he thought would burst through his wards was Thor. It's a shame the sexy god had to spoil his image by opening his mouth.

A magic book, a missing father, and Poseidon himself prepared to be a guinea pig? Orin's life is suddenly turned completely upside down and through the middle of it all he has to contend with Thor's efforts to be the mate he dreamed of.

This book could be read as a standalone as none of the plot lines involve the other books in the series. However, a deeper appreciation of the secondary characters can be gained by reading books 2 and 3 in this series and Cathair and Marius's book in the Cloverleah Pack series. Jason does give birth in this book, so warning **mpreg elements**, but they are not the focus of this story.

MM, Fated Mates, HEA. Due to the intimate situations described in this book, adult readers only.