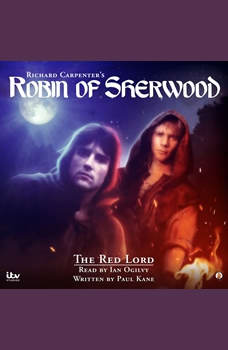 A new threat arrives on these shores at the Sheriff of Nottingham’s behest, in an effort to rid him of his greatest enemy once and for all.A mercenary from the east with strange powers, building an army who will give their lives unquestionably for his cause.When The Red Lord faces Robin and his band it becomes clear he might well be the most dangerous foe they’ve ever encountered.But he also has another agenda, one that might see the whole of England falling at his feet eventually…