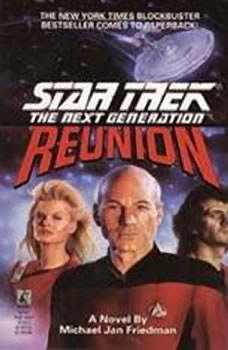 Series: Star Trek: The Next Generation

Before he commanded the Starship Enterprise, Jean-Luc Picard was the captain of the deep space exploration vessel, the U.S.S. Stargazer, on an incredible twenty-two year voyage. Now Picard is reunited with his old crew for the first time in over a decade, on a mission to see his former first officer installed as ruler of the Daa'Vit Empire. The reunion turns deadly when a ruthless assassin begins eliminating the U.S.S. Stargazer crew one by one. Picard's present and former shipmates must join forces to solve the mystery of the Captain's past, before the killer strikes again.