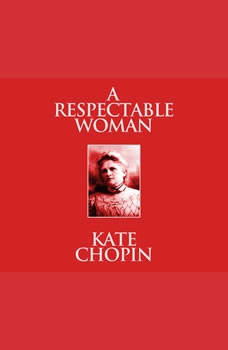 In A Respectable Woman, Mrs. Baroda, the wife of a wealthy sugar plantation owner plays hostess to Mr. Gouvernail, a friend of her husband's. The reserved Mr. Gouvernail is a puzzle to Mrs. Baroda who is nonetheless intrigued by the man's retiring nature. When the two speak to each other outside one evening, Mrs. Baroda wants to get closer to her guest but realizes this would be at odds with her position as a respectable woman. First published in Vogue in 1894, A Respectable Woman is the story of a woman struggling to understand her desires.