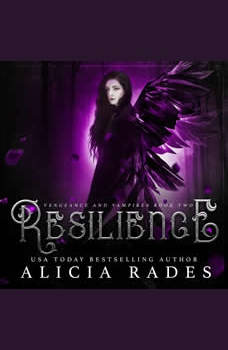 This slayer’s about to save the world.

I’m a witch, shifter, self-proclaimed vampire slayer, and more than a little ticked off. The Soulless took my sister, and I’m determined to find where the elite group of vampires is hiding.

But before I can go after her, I get a warning from a high witch. There’s a vamp after a dark and dangerous artifact, one that would allow him to control magic and sell it to the highest bidder. I must pursue him if I hope to survive my sister’s rescue.

I have no idea what I’ve gotten myself into. All I know is that my friends and I have to get to the artifact first… even if it means facing our worst nightmares to stop him.

At age 15, Crystal Frost discovers she can see into the future, witness the past, and speak with the dead. Secrets begin to uncover themselves wherever she goes, but secrets can be dangerous. The lives of a classmate, a child, a stranger, and Crysta...