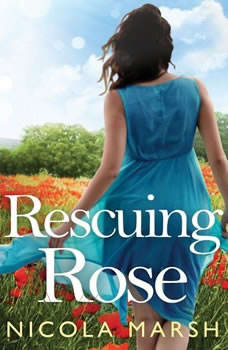 Rose Mathieson knows the only way is up. It has to be. She’s made some mistakes in her life, but almost losing her son is a wake-up call. More than that: it’s a call to action. It’s time to start again.The town of Redemption, Connecticut, seems to offer exactly what she craves: a quiet, stable life for her and her six-year-old son, Olly. But Redemption has changed since she last saw it—or perhaps it’s just Rose who has changed. Her reputation precedes her now, and not everyone is happy to see her back.Caden Shoreham is, though. Rose’s childhood neighbor, a preacher’s son, and now the pillar of the community, he’s embarking on an ambitious new path of his own. He had always hoped they might end up more than friends, but Rose Mathieson isn’t quite what his parents and friends had in mind for him.Everyone deserves a chance—but has Rose used all her chances up?