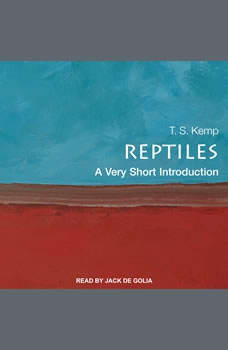 For millions of years reptiles have walked, crawled, and slithered over the face of our Earth. From the mighty dinosaurs who dominated the land, the pterosaurs who took to the air, and the marine adapted ichthyosaurs, to the living reptiles today such as the lizards, snakes, crocodiles, and turtles, plus the single species of tuatara in New Zealand, reptiles have come in all shapes and sizes. In this Very Short Introduction Tom Kemp discusses the adaptations reptiles made to first leave the sea and colonize the land in dry conditions, such as their waterproof skin, their ability to expel almost dry waste products, their efficient use of external heat for maintaining their body temperature, and the amniotic egg that is laid and develops on dry land. Considering the different living groups of reptiles today, Kemp then describes how their respective bodies are adapted for their different ways of life, from snake feeding patterns to the way crocodiles breathe. Finally, Kemp assesses the threat of extinction to reptile species due to over-exploitation, habitat destruction, and climate change, and considers what can be done.