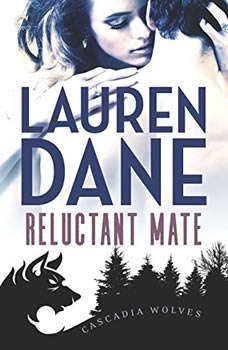 Previously published under a different title

As daughter of the ruling Pack family, Layla Warden is under pressure to settle down. Find a nice wolf mate from a nice wolf family and have nice wolf babies. Layla has other plans, but when you're a werewolf, biology trumps plans. And when Layla meets Sid, the sex is so intense, so hot, so consuming, it's more than just a connection. It's a mating bond.

Sid Rosario wasn't expecting to find his mate so soon—some wolves never find theirs. Now that he's found Layla, he's never letting her go. But lust and desire alone aren't enough to secure their bond. If they want this incredible happiness to last, there's one more thing they'll have to do…

This title is part of the Carina Press Romance Promise: all the romance you're looking for with an HEA/HFN. It's a promise!

Who knew getting kidnapped could be so fun? Dr. Drew Cooper would rather die than give in to his captor's demands. Only a suicidal idiot would kidnap the Blackwood pack healer in the first place, but to then insist he heal one of the rival pack's m...

Touched by a Dragon
by Alisa Woods

Falling in love was never in the cards for Leonidas. An angry witch made sure of that—if he loses his heart, he loses his life. But the treaty guaranteeing peace will die with him, unless he wins the True Love of a woman and she bears him a dr...

He expected gratitude, but what he got was a gorgeous she-wolf who defied him at every turn. For six torturous years, Omega Rachel Fields did what she could to protect her packmates from the evil Riverson werewolves. She endured living side-by-side ...