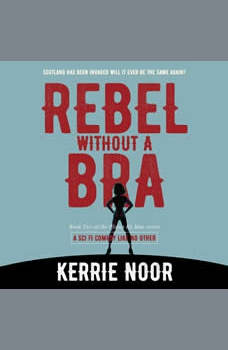 The Edinburgh Festival is about to be invaded-will anyone notice?

Mex is heading for the Edinburgh Festival in search of Legless. Hot on her heels is Beryl a leader who has already dropped Mex in it once and, now plans to do so again.

Beryl must make contact with Mex before Mex finds Legless; retrieve the spark plug formula, find a way back to Planet Hy Man and save her planet.

And all before the Edinburgh Festival finishes!

A feat made near impossible when considering her arch-rival Hilda, a woman as ruthless as a politician. has access to every high- tech spying equipment going.

A Rebel Without a Bra is the second in the Planet Hy Man series where every hero is a woman old enough to know better and old enough not to care.