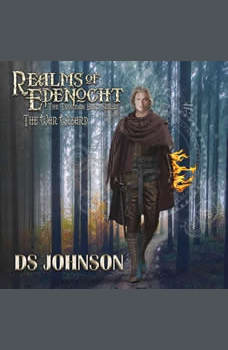 In a time of desperate measures, the Queen of the most powerful city in Edenocht threw the world into a fallen and broken state in an attempt to destroy the most powerful Necromancer the world has ever seen. The once magically enhanced world is no more and the elemental beings that once inhabited it are gone. The only thing strong enough to bring it back is the ancient artifacts of the Sev-Rin-Ac-Lavah and the only one strong enough to use them is The War Wizard.

Edenochts only hope is a War Wizard, but none have been born in a millennium, until now. Hidden from the Necromancer in a time realm not his own, the future of the world resides in a barely grown man’s destiny. The War Wizards protectors did the best they could to prepare him without the use and teaching of his magic and Shaz must now quickly learn his true potential and battle the evils of the shadow world.

As a being which hold all the elements and the dreaded shadow magic, Shaz must find the descendants of the ancient magical races and the artifacts before the Necromancer does and the world of Edenocht’s future succumbs to the evil Shadow.