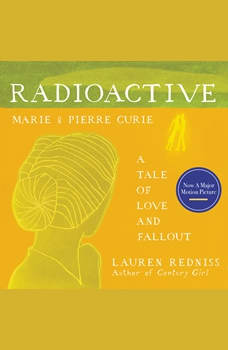 Radioactive: Marie & Pierre Curie: A Tale of Love and Fallout

“Radioactive is quite unlike any book I have ever read—part history, part love story, part art work and all parts sheer imaginative genius.”
— Malcolm Gladwell

Radioactive is the mesmerizing, landmark biography of Marie Curie, by acclaimed author and artist Lauren Redniss. Through brilliant storytelling, Redniss walks us through Curie’s life, which was marked by extraordinary scientific discovery and dramatic personal trauma—from her complex working and romantic relationship with Pierre Curie, to their discovery of two new scientific elements, to Pierre’s tragic death, to Marie’s two Nobel Prizes. A haunting and wondrous portrait of one of history's most intriguing figures, Radioactive is a stunning biography and a true work of art. Whether young or old, scientific novice or expert, no one will fail to be moved by Lauren Redniss’s eerie and wondrous evocation of one of history’s most intriguing figures.