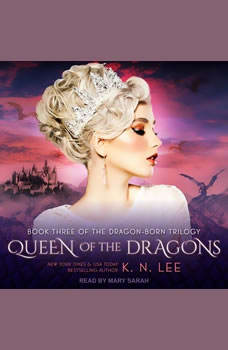 Queen of the Dragons

A dragon on the run. A pirate seeking revenge. A mermaid thirsty for blood. The epic coming of age adventure is just beginning. The world's fate rests on the shoulders of one half-blood Dragon. Taken by the infamous Red Dragon, Rowen now finds herself without hope, a plan for escape, or her memory. Ancient secrets are revealed during her captivity, and a strange black Dragon risks his life to save her. When he finds himself injured and also kept in the Red Dragon's lair, the two of them must find a way to survive. Captain Elian Westin and what remains of his crew make the journey to Withrae where a war is brewing. Dragons versus humans. Which side will they choose? The answer isn't as simple as Elian thinks when he is brought face-to-face with the woman who broke his heart. The rules are no longer as simple as he once believed when the fate of his daughter and her mother are left in his hands. But, in Draconia, things are rarely what they seem, and the origins of a curse are revealed. Contains mature themes.