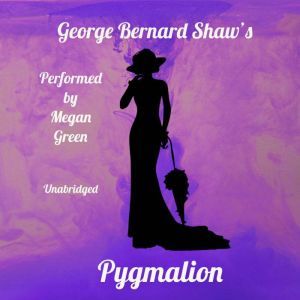 Relive this hilarious drama retold in audiobook format, complete with the witty narrative and directions of Shaw's original playscript.

Henry Higgins, a phonetician, agrees to coach and groom Eliza Doolittle, a Cockney flower girl and transform her into a socially acceptable person, no less than a duchess - in just six months!

Timeless themes of equality and social class are explored in a lighthearted, comical manner, raising many questions such as:

Can Eliza "I'm a good girl I am!" live up to their expectations?

What will become of her afterwards?

What happens when her Father, an "undeserving" dustman comes into money and becomes a "victim of the middle class"?

What is middle class morality?

Listeners are invited to answer these questions for themselves - or just sit back and be entertained by Shaw's comic wit in all it's glory.