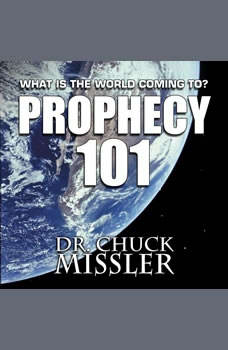 PROPHECY 101: WHAT IS THE WORLD COMING TO?

What is the World Coming To? The Bible contains 8,362 predictive verses about 737 different matters and yet prophecy is one of the most neglected subjects in the Church today. Understanding prophecy is an essential and fundamental issue for every serious Christian. But where do we start? This series has been designed to give you a strategic overview of prophecy: past, present and future. This series will encourage the new believer and strengthen the faith of all who study it. Now, more than ever, it is important that we have answers for people who are seeking the truth. We need to equip ourselves to be ready to give an answer to every man for the hope that lies within us.