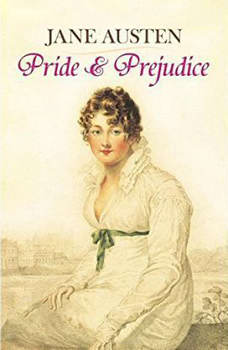 Pride and Prejudice, a comedy of manners and marriage, is the most famous of Jane Austen's novels. In this dramatic adaption by Mary Keith Medbery Macakaye some liberties are taken with the storyline and characters, but it is still a fun listen or read. Perhaps a good introduction for someone not ready to tackle the complete novel ~ and for the reader familiar with the work, a laugh can be had at the changes that were made in order to adapt it to the stage.

This story is a snapshot of a man’s life. It is the tale of some of the highs and lows of Claude Vincent’s long existance while being this side of the grass.Within these pages Claude meets with a sinister stranger named ‘Black Hat ...

A secret agent vacation to Italy gone wrong... Part 1 to an exhilarating 4 Part Series...listen to the Prologue first to catch up on all the action! After learning that she was literally sleeping with the enemy, Blair Eubanks has a choice to ma...

A stranger rides across the Kentish countryside when his attention is called to a cottage where violence is being done to an elderly couple. The knight, for such he appears to be, rushes to their aid. Soon after, the strange and prophetic Sir Cesar ...

Jane Austen's insightful and sometimes wry Pride and Prejudice provides today's listeners with a fascinating look into the British society during the nineteenth century.This delightful novel of manners follows the Bennets, a family of five daughters...

He betrayed them all. Is he truly back to make amends? Wendy Markham. Gentle. Compassionate. Loyal. Step-mother to five headstrong children, long-time partner of the cantankerous ex-President of the Black Shamrocks MC, and the woman everyone turns t...

Pride and Predjudice
by Jane Austen

Pride and Prejudice by Jane Austen was first published in 1813. The story follows Elizabeth Bennet as she deals with issues of manners, upbringing, moral rightness, education and marriage in her aristocratic society of early 19th century England. El...

To stop her sinking beneath the shame. He needs to rise above his guilt. Madelaine O’Brien is drowning beneath the emotional scars left by her destructive relationship with her first boyfriend. Mikhail “Mad Dog” Kennedy knows he...