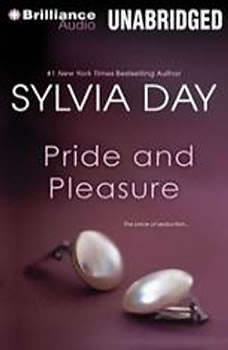 Wealth has its dangers…so do certain menJasper Bond turns (female) heads wherever he goes. He can’t dance, isn’t known for his restraint, and his blood heats whenever he’s near his latest employer, the unwittingly sexy Eliza Martin. She insists no one will believe an intellectual like her could be seduced by a man of action like Jasper, but the combination of his desire and her mystery makes the case one he can’t resist. Client satisfaction is a point of pride and it’s his pleasure to prove he’s just the man she needs after all.…Praise for Sylvia Day and her novels“Bared to You obliterates the competition…unique and unforgettable.” —Joyfully Reviewed“The undisputed mistress of tender, erotic romance.” —Teresa Medeiros“A flawless blend of captivating characters, clever plotting, and searing sensuality.” —Booklist on Pride and Pleasure

Dear Listener: Wild Star is the third of the Star novels that first appeared more than ten years ago. It is, however, wearing new clothes, but it’s still the same story that will have you forever guessing what’s to come next. There are...