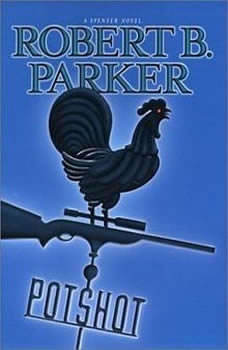 Boston P.I. Spenser returns — heading west to the rich man's haven of Potshot, Arizona, a former mining town recently reborn as a paradise for Los Angeles millionaires looking for a place to escape the pressures of their high-flying lifestyles. When a band of modern-day mountain men, led by a charismatic individual known as The Preacher, takes over the town, even the local police are powerless to defend the residents in the face of the clever, dangerous gang. Spenser assembles a group of his own, including the redoubtable Hawk, to beat the gang at their own dangerous game and form the nucleus of a real police force to watch over the town when he's gone.