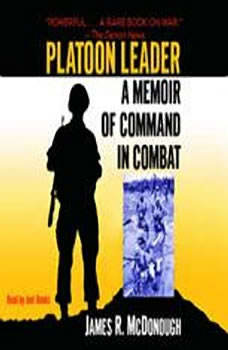 Platoon Leader: A Memoir of Command in Combat

A remarkable memoir of small-unit leadership and the coming of age of a young soldier in combat in Vietnam.'

"Using a lean style and a sense of pacing drawn from the tautest of novels, McDonough has produced a gripping account of his first command, a U.S. platoon taking part in the 'strategic hamlet' program. . . . Rather than present a potpourri of combat yarns. . . McDonough has focused a seasoned storyteller’s eye on the details, people, and incidents that best communicate a visceral feel of command under fire. . . . For the author’s honesty and literary craftsmanship, Platoon Leader seems destined to be read for a long time by second lieutenants trying to prepare for the future, veterans trying to remember the past, and civilians trying to understand what the profession of arms is all about.”–Army Times