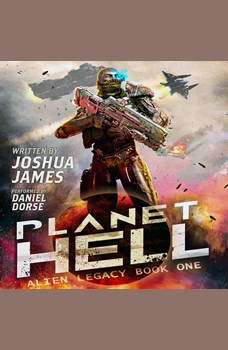 Five years after their world was decimated by powerful aliens that killed their parents, two brothers are returning to get answers.

One wants justice. One just wants to survive.

But nothing on Planet Hell is what it seems. The brothers soon stumble upon a plot to interact with the aliens that could change everything. But they aren't the only people trying to understand the aliens--and most are willing to do anything to keep the powerful secrets for themselves.

Shifting alliances, hidden agendas, and ruthless killers interact against a backdrop of invincible aliens willing and able to kill anything, and anyone, on a whim.

Gritty and fast-paced, Planet Hell is a high-octane military sci-fi with a devastating mystery at its heart.