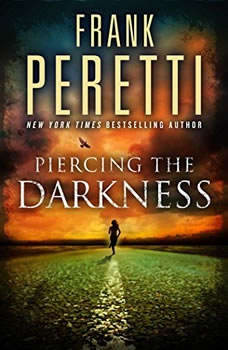 It all begins in Bacon’s corner, a tiny farming community far from the interstate. An attempted murder, a suspicious case of mistaken identity, and a ruthless lawsuit against a struggling Christian school threaten the peace of the small town. Sally Beth Roe, a young loner, finds herself in the middle of events beyond her control, fleeing for her life while trying to recall her dark past. She doesn’t realize that a demonic army is growing in power and that a spiritual battle is rapidly approaching.

It all begins in Bacon’s Corner, a tiny farming community far from the interstate . . . An attempted murder, a case of mistaken—or is it covered up?—identity, and a ruthless lawsuit against a struggling Christian school. Sally Beth Roe, a young loner, a burnout, a kind of “leftover hippie,” finds herself caught in the middle of these bizarre events, fleeing for her life while trying to recall her dark past. Across a vast panorama of heart-stopping action, Sally Roe’s journey is a penetrating portrayal of our times, a reflection of our wanderings, and a vivid reminder of the redemptive power of the Cross. The intensity of this best-selling novel comes alive when read by author Frank Peretti. The abridged audio recording includes sound effects and music that brings to life all the excitement and intrigue of Frank Peretti’s beloved novel Piercing the Darkness. - See more at: http://echristian.com/piercing-the-darkness-frank-e-peretti#sthash.FBWMy40T.dpuf
Recommended