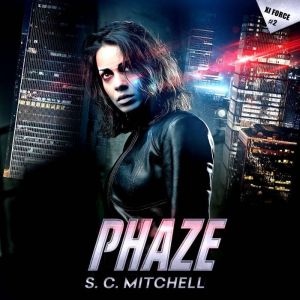 When Kayla Armstrong is attacked in her lab, she falls into a chemical stew. Now she’s walking through walls and falling through floors.

As the leader of Xi Force, Joel Weisberg is always looking for new superheroes for his team. What he wasn’t looking for was sexy Kayla Armstrong falling through the ceiling of his apartment right into his bed. Still he isn’t complaining when the event finds him a new Xi Force member and a new love. Now she just needs some training and some time.

But when an old enemy comes back with new powers and captures Joel, it’s up to Kayla to lead the Xi Force against her. But can they rescue Joel before he’s murdered . . . again?