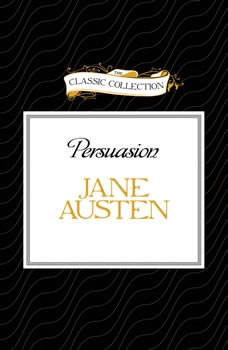 Anne Elliot and Captain Wentworth exemplify the country gentry in Regency England in Jane Austen's endearing tale.Anne Elliot is a young woman of perfect breeding and unwavering integrity. Seven years after she is persuaded to reject Captain Wentworth's offer of marriage, her feelings for him are still strong. By the time she realizes this, Wentworth seems to only have eyes for the attractive, though flighty, Louisa Musgrove.Set against the world of the country gentry in Regency England, Persuasion critically portrays the many aspects of proper society—its failings and humor—as well as presenting a tender story of determination and enduring love.This novel is part of Brilliance Audio's extensive Classic Collection, bringing you timeless masterpieces that you and your family are sure to love.