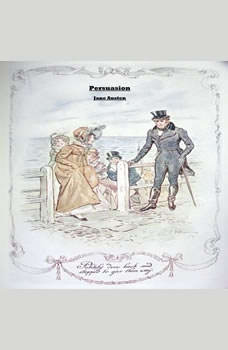 Persuasion follows the romance of Anne Elliot and naval officer Frederick Wentworth. They were happily engaged until Anne’s friend, Lady Russell, persuaded her that Frederick was “unworthy.” Now, eight years later, Frederick returns, a wealthy captain in the navy, while Anne’s family teeters on the edge of bankruptcy. They still love each other, but their past mistakes threaten to keep them apart.