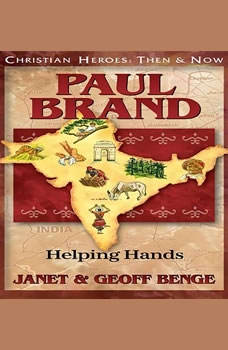 Watching his father perform medical procedures back in India had convinced Paul that medicine was about blood and guts and ulcers. To his amazement, he found that it was really about causes and cures, alleviating pain, and treating ill people with dignity.

The son of missionary parents, Paul Brand did not plan on becoming a doctor. After training as a builder, he was called by God into medicine and spent a lifetime treating leprosy and restoring hope to thousands of sufferers.

Dr. Paul Brand became the first surgeon in the world to use reconstructive surgery to correct the deformities of leprosy in the hands and feet. He strove to eliminate the stigma of the disease and rebuild the lives of those destroyed by it. A humble, brilliant servant, he influenced faith and medical communities around the world, reminding us that all people are created in the image of God. (1914-2003)