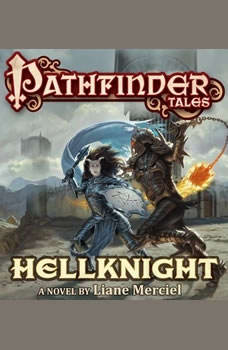 Paizo Publishing is the award-winning publisher of fantasy role playing games, accessories, and board games. Liane Merciel's Pathfinder Tales: Hellknight is a thrilling addition to their popular novel series.The Hellknights are a brutal organization of warriors dedicated to maintaining law and order at any cost. For devil-blooded Jheraal, even the harshest methods are justified if it means building a better world for her daughter. Yet when a serial killer starts targeting hellspawn like Jheraal and her child, Jheraal has no choice but to use all her cunning and ruthlessness in order to defeat an ancient enemy to whom even death is no deterrent.