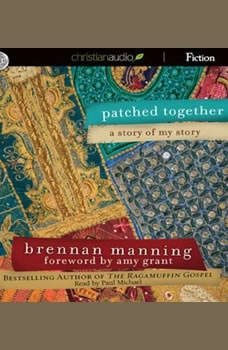 Patched Together: A Story of My Story

With "Patched Together," Brennan Manning reminds us that the freedom and joy of acceptance is rooted in the forgiving love of God. From the beloved author of "The Ragamuffin Gospel" comes a tender story for anyone who has ever said: "life didn't quite turn out the way I thought it would, but..." In this warm and charming three-part story, Willie Juan moves from orphaned boy to prodigal adult to ragamuffin friend of Abba. As with any parable, there is one overarching truth: the unconditional love of God. "Patched Together" is a charming retelling of the Gospel story of forgiveness, acceptance, and joy in God's friendship.