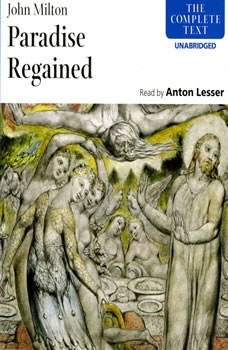 In Paradise Regained, Satan again is on the prowl, having successfully tempted Adam and Eve and forced their departure from the Garden of Eden, here he sets out to tempt again – this time Jesus himself as he comes to the end of his forty days in the desert. The magisterial poetry of Milton enriches the encounter and, while not matching the greatness achieved in Paradise Lost, provides drama and depth.