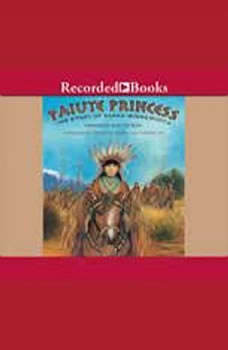 Born into the Northern Paiute tribe of Nevada in 1844, Sarah Winnemucca straddled two cultures: the traditional life of her people, and the modern ways of her grandfather's white friends. Sarah was smart and good at languages, so she was able to link the worlds. As she became older, this made her a great leader. Sarah used condemning letters, fiery speeches, and her autobiography, "Life Among the Piutes, "to provide detailed accounts of her people's turmoil through years of starvation, unjust relocations, and violent attacks. With sweeping illustrations and extensive backmatter, including hand-drawn maps, a chronology, archival photographs, an author's notes, and additional resource information, Deborah Kogan Ray offers a remarkable look at an underrepresented historical figure. Narrators: Christina Moore, Angela Lin