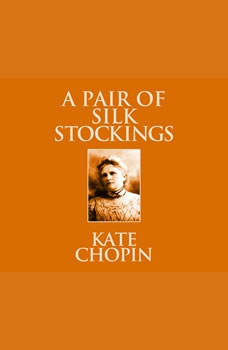 In "A Pair of Silk Stockings", Mrs. Sommers, a once wealthy woman who has fallen on hard times comes into possession of a small fortune of $15. Planning to spend the money on clothing for her children, she becomes sidetracked at a shop counter, entranced by the smoothness of a pair of silk stockings. She goes on to spend the money on the stockings as well as new boots and gloves for herself. In succumbing to mechanical impulses that direct her action, Mrs. Sommers resembles Edna Pontellier, the heroine of Kate Chopins later masterpiece The Awakening. First published in Vogue in 1897.