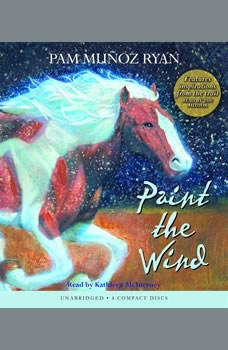 Maya is a captive. In Grandmother's house in California every word and action is strictly monitored. Even memories of her mother have been erased--except within the imaginary world she has created. A world away, in the rugged Wyoming wilderness, a horse called Artemisia runs free. She embodies the spirit of the wild--and she holds the key to Maya's memories. How Maya's and Artemisia's lives intertwine, like a braided rein, is at the heart of this richly drawn adventure about freedom and captivity, about holding on and letting go.

Yankee Doodle went to town a-riding on a pony stuck a feather in his hatand called it macaroni." Many know the song " Yankee Doodle Dandy," but few understand it. This unapologetically silly picture book reveals that the legendary ride to town (an...

My Little Pony: Meet the Ponies of Ponyville
by Olivia London

Meet all your favorite ponies in Ponyville! See where Twilight Sparkle, Rainbow Dash, Pinkie Pie, Rarity, Fluttershy and Applejack all live and meet their pets too!

As a young girl Sandy Price dreamed of owning a pony like Misty of Chincoteague. Journeying to Chincoteague for the annual pony penning, a grown Sandy decides to make her dream come true. At the end of the auction she brings home not just one but fo...

King of the Wind
by Marguerite Henry

Generations of young readers continue to fall in love with Marguerite Henry's "horse stories." In one of her most famous, King of the Wind, the author traces the ancestry of the great Kentucky Derby winner, Man o' War, whose mysterious pedigree is l...

Misty of Chincoteague
by Marguerite Henry

Nobody could capture the phantom.  She was the wildest mare on Assateague Island.  They said she was like the wind, that the white "map" on her shoulders was her mark of freedom. Paul and Maureen Beebe had their hearts set on owning h...

King of the Wind
by Marguerite Henry

He was named “Sham” for the sun, this golden red stallion born in the Sultan of Morocco’s stone stables. Upon his heel was a small white spot, the symbol of speed. But on his chest was the symbol of misfortune. Although he was as s...

My Little Pony: We Are Unicorns!
by Jennifer Fox

An exciting unicorn themed leveled reader based on My Little Pony: Friendship is Magic!Passport to Reading Level 1 A©2018 Hasbro. All Rights Reserved.

Justin Morgan Had A Horse
by Marguerite Henry

Nope, that little feller dont look like hell amount to much. Thats what almost everyone said about Little Bub. But young Joel Goss knew that Little Bub was a special colt, even though he was a runt. When schoolteacher Justin Morgan asked Joel to gen...

The Life of Stonewall Jackson
by Mary L. Williamson

In this brief sketch of our great Southern hero, I have endeavored to portray, amid the blaze of his matchless military genius, the unchanging rectitude of his conduct, the stern willpower by which he conquered all difficulties, his firm belief in a...