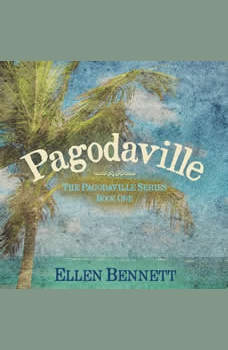 35 year old Lorna Hughes, Esq. is in a jam. She has hit her professional peak, her love life has dropped to an all-time low, and she knows she must re-invent herself before it gets too late.

She decides to start a collective of artists, musicians, and writers, where they can live relatively rent-free and work towards success without having to have three jobs to support themselves. She finds a dilapidated motel in Heatherton County, Florida (just over the intracoastal from St. Augustine) and with the help of a new-found family, her dreams begin to materialize.

There are, however, a few unexpected turns along the way.

Mafia, murder, lesbians--and an odd assortment of friends. What could go wrong?

This first book of the Pagodaville trilogy will set the stage for the zany ride to ensue.

So settle in to this wonderfully narrated story and fall in love with Lorna and her band of misfits who breathe life back into the sagging motel.