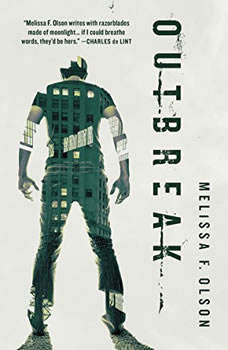 Melissa F. Olson's thrilling FBI vampire procedural Nightshades series concludes with OutbreakThe Chicago field office of the Bureau of Preternatural Investigation is facing its deadliest challenge, yet―internal investigation! Alex and Lindy are on the hook, and on the run.But when all of the BPI’s captive vampires are broken free from their maximum security prison, and Hector finally steps out of the shadows, Alex must use every trick to stay ahead of both the BPI and the world’s most dangerous shade.Confrontation is inevitable. Success is not.