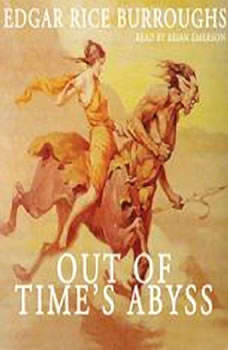 Out of Time's Abyss: The Caspak Series, Book 3

On Caprona, the Land that Time Forgot, all of the world's savage past still lived. Here were dinosaurs and flying reptiles, here were the most primitive of cavemen, and the last of the Bronze Age barbarians. But there was one more secret that the claws and fangs and sharpedged spears guarded most of all. This is the story of the man who tried to find that final secret. When Bradley, the adventurer, dared to cross the last terrible barrier to the heart of Caprona, he entered a world of wonder, terror and danger beyond the imagination of any manexcept Edgar Rice Burroughs.