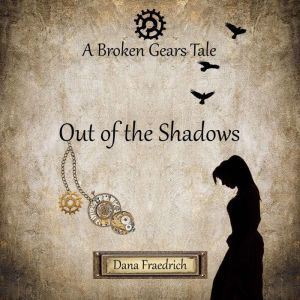 Out of the Shadows

Pride and Prejudice meets H.G. Wells with a dash of The Hunger Games.

Lenore, a thief, is on the run from the law, from the brutal Enforcers. Just when she thinks she's found safety by assuming a new identity with a wealthy but eccentric family, she discovers they've got secrets of their own. Big ones. As does everyone in this series. And, of course, someone who knows her real identity is chasing after her. Will Lenore find the courage to forge her own path, or will she put her trust in the wrong people and bring this world of lies she's built crashing down?

Out of the Shadows, Into the Fire, and Across the Ice are the first three books in the captivating Broken Gears young adult steampunk fantasy series. Fans of the Finishing School series by Gail Carriger and Garth Nix's Old World universe will delight as this Victorian-era-esque world unfolds before them. A multi-layered steampunk fantasy tale of colorful characters, lost magic and technology, and subterfuge that promises to entrance. If you like smart heroines, forgotten magic, and rich Victorian settings, then you'll love Lenore's intrigue-and-adventure storyline.

"Out of the Shadows features great prose, a gripping plot, and characters that will remain with readers long after they are done reading the story." —Reader's Favorite.

Buy it today to enter a steam-powered world of secrets! 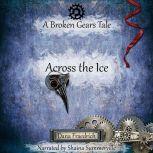 Across the Ice
by Dana Fraedrich

“I am more. I am the Reaper. I hold the keys to life and death.” The city of Springhaven simmers, ready to explode into fiery chaos just as the so-called Halls of Justice did not so long ago. As Lenore grieves, the Reaper's Collecti... 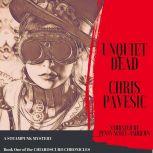 Chris Pavesic, author of The Revelation Chronicles, invites you to experience the first novel in the intriguing realm of Chiaroscuro. In a world of steam-powered technology and magic-wielding fae, mystery, intrigue, romance, and adventure fill a ser...

Across the Ice
by Dana Fraedrich

“I am more. I am the Reaper. I hold the keys to life and death.” The city of Springhaven simmers, ready to explode into fiery chaos just as the so-called Halls of Justice did not so long ago. As Lenore grieves, the Reaper's Collecti...