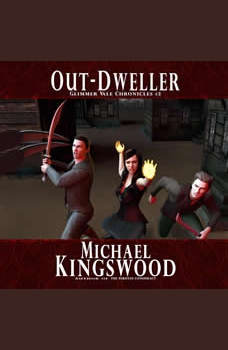 A series of brutal murders puts constables Raedrick Baletier and Julian Hinderbrook on the trail of a killer.

With Lydelton's populace growing increasingly uneasy and few leads to follow, they must move quickly to find the culprit and bring his reign of terror to an end.

But they are not the only ones who are hunting, and some foes require more than just skill at arms to defeat.

Out-Dweller is the second book of the Glimmer Vale Chronicles, a sword and sorcery mystery set in a world of valor and magic.