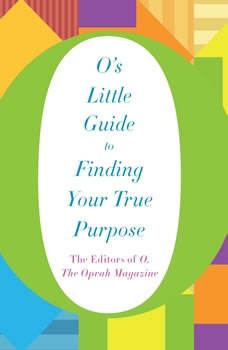 An engaging mix of inspiring advice and real-life stories of self-discovery, O's Little Guide to Finding Your True Purpose will captivate anyone who's ever been beckoned by a dream.Featuring some of the best work to have appeared in O, The Oprah Magazine, this rousing collection is all about helping readers to hear and heed their calling. From the beginning, O has been a catalyst for women seeking to become who they're meant to be. O's Little Guide to Finding Your True Purpose continues this tradition by combining practical wisdom and relatable tales of trial, error, and triumph. Contributors include Edwidge Danticat on getting past the need to please; Martha Beck on charting your own course; Patti Smith on staying true to yourself; Elizabeth Gilbert on getting unstuck; Robin Black on thriving as a late bloomer; and many more. Whether you're still searching for your passion or summoning the courage to pursue it, this one-of-a-kind collection will set you on your way.