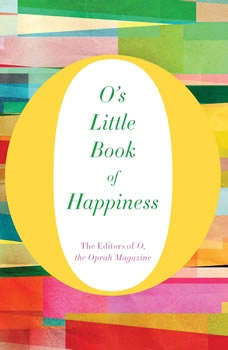 With a sprightly dose of insightful inspiration, a sprinkling of practical advice, and a bounty of exuberant stories by great writers, O's Little Book of Happiness features some of the best work ever to have appeared in O, The Oprah Magazine. Inside you'll find Elizabeth Gilbert's ode to the triumph of asking for what you want, Jane Smiley's tribute to the animal who taught her about lasting fulfillment, Roxane Gay's sure-fire cure for complaining, Brene Brown's celebration of the powers of play, Neil deGrasse Tyson's take on the joyful participation in the universe, and much more. Revisiting fifteen years of the magazine's rich archives, O's editors have assembled a collection as stunning as it is spirit-lifting.