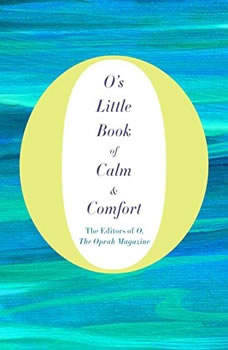 A thoughtful collection of soul-soothing writing, O’s Little Book of Calm & Comfort is the antidote to life’s trying times. Featuring essays and interviews from some of the most celebrated contributors to O, The Oprah Magazine, this heartening collection offers solace, wisdom, and connection. Among the highlights: Nora Ephron on the state of rapture that comes from curling up with a good book; Maeve Binchy on the blessings of friends; and a stirring conversation between Oprah and the American Buddhist nun Pema Chodron that reveals how the pain we experience can create the possibility of a more joyful life. Together, these pieces from great writers and celebrated thinkers serve as a reminder that however tumultuous life may become, the world has beauty, kindness, and love enough to see us through.