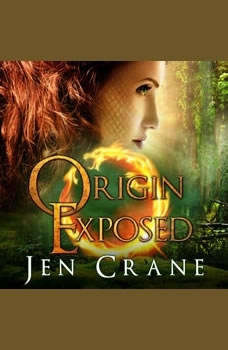 A Dangerous Secret In fiery redhead Stella Stonewall's new world, magic and shape-shifters are everyday life. Scales, sorcery, shifters—no big. Stella has learned that she's not only descended of dragons, but of something more, too. She struggles to keep this rare form a secret, even from her closest friends. A Bitter Betrayal Stella turns to her mentor Rowan Gresham for help. The charming but enigmatic Gresham forms a plan to improve her troublesome public image. The problem? The plan revolves around betraying the only family she has left. A Potential for Something Real When Gresham's motives come into question, Stella must rely on the new friends she's made at a college for magical shifters. The feral bunch helps set Stella's inner beast free. As these friendships flourish, so does the magnetism she's always felt toward fierce and noble Ewan Bristol—but it's so strong that it threatens to overwhelm her. Can Stella afford to open her heart now, when her entire future's at stake, or is it bolted shut for eternity?