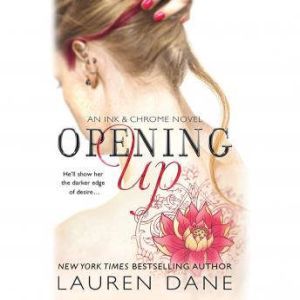 The men of Twisted Steel are great with their hands.And they're not afraid to get dirty.Asa Barrons is never lonely for long. Co-owner of the Twisted Steel custom motorcycle shop, he works hard and plays harder. But he never allows his after-hours affairs to interfere with business-until he meets racing royalty PJ Colman. While the blue-eyed blonde is all princess on the outside, on the inside Asa can see that this woman is ready to take a walk on the wild side.PJ knows trouble when she sees it, and Asa is the complete package: fast bike, killer ink, and a sinfully sexy smile that has her imagining things nice girls never do. She talks her way onto the Twisted Steel team to prove her painting skill, and soon learns that Asa is eager to show off some skills of his own.With the help of Asa's expert touch, PJ is initiated into a world of wicked desire. No limits. No inhibitions. No turning back. But as perfect as their passion seems, a new challenge awaits, forcing them to ask just how far they are willing to go . . . 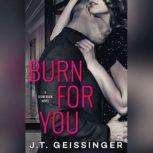 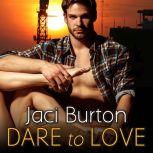 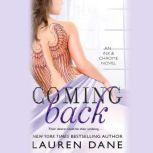 Coming Back
by Lauren Dane

The men of Twisted Steel are great with their hands.And they're not afraid to get dirty.Mick Roberts, the newest partner at Twisted Steel's custom hotrod and motorcycle shop, looks like a man with everything. But secretly he still craves the connec... 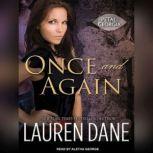 Once and Again
by Lauren Dane

Seven years ago, Lily Travis was only too glad to see her hometown of Petal, Georgia, in her rearview mirror. Thanks to her father running off with a twenty-year-old, though, here she is, trying to pick up the pieces. First order of business: meet w...