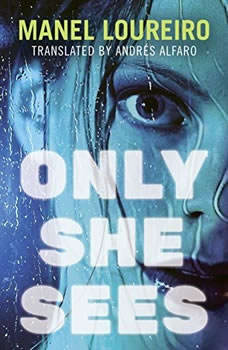 After a tragic car accident shatters her body and mind, Cassandra struggles to piece together her life as a respected psychiatrist and devoted mother. But the accident has changed her. Her eyes have been opened to horrors she never knew existed. Is her family really under attack, or is it all in her mind?While Cassandra tries to prove the feeling of being stalked, her police-investigator husband, Daniel, hunts a killer of his own. As both the body count and Cassandra’s hysteria rise, Daniel becomes obsessed with the case and suspicious of Cassandra’s part in it. Afraid of losing her increasingly fragile grip on reality, Cassandra plunges into a search for answers that may come at the cost of her sanity. Racing to a shattering confrontation with an evil she can barely comprehend, Cassandra must decide: How far will she go, what darkness will she embrace, to save those she loves?