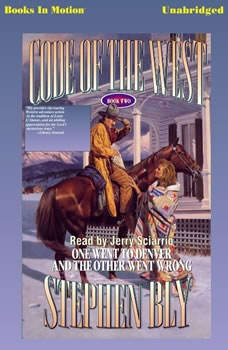 ONE WENT TO DENVER AND THE OTHER WENT WRONG

Series: Code of the West #2

Tap Andrews is tired of fighting every gun-toting bounty hunter crossing his path. He's innocent, and he sets out to Denver to prove it. Pepper Paige would go with him but she just can't return to Denver and face her past. That is, until Carter Dillard re