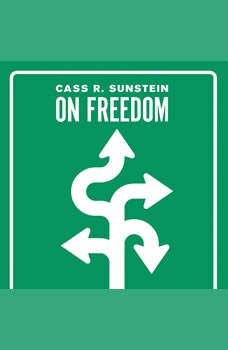 In this pathbreaking book, New York Times bestselling author Cass Sunstein asks us to rethink freedom. He shows that freedom of choice isn't nearly enough. To be free, we must also be able to navigate life. People often need something like a GPS device to help them get where they want to go-whether the issue involves health, money, jobs, children, or relationships. In both rich and poor countries, citizens often have no idea how to get to their desired destination. That is why they are unfree. People also face serious problems of self-control, as many of them make decisions today that can make their lives worse tomorrow. And in some cases, we would be just as happy with other choices, whether a different partner, career, or place to live-which raises the difficult question of which outcome best promotes our well-being. Accessible and lively, and drawing on perspectives from the humanities, religion, and the arts, as well as social science and the law, On Freedom explores a crucial dimension of the human condition that philosophers and economists have long missed-and shows what it would take to make freedom real.