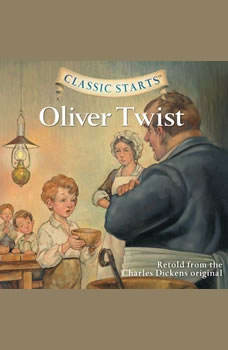 Dickens&rsquo; timeless novel transports young readers to a colorful Victorian England filled with mistreated orphans, grim workhouses, and gangs of thieving children. The hero finds himself in dire circumstances after he dares to beg for more food in the orphanage. Determined to make his way in the world, he escapes to London, where he becomes involved with criminals&hellip;and finally finds a real home.