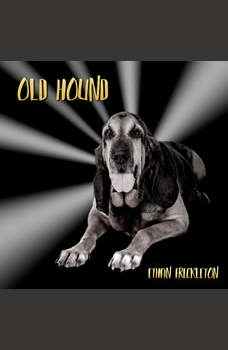 Has an old hound finally lost his appetite for the hunt?

Rhett Morgan is working off-books for the Department of Homeland Security. But his handler thinks he's slipping, suggesting that if he can't deliver on his contract, it may be time to hang 'em up.

The Boy in the Earth
by Fuminori Nakamura

Fuminori Nakamura's Akutagawa Prize-winner plunges us into the depths of a young man's winding, troubled psyche. An unnamed taxi driver in Tokyo has experienced a rupture in his everyday life. He cannot stop daydreaming of suicide, envisioning himse...

Give Us a Kiss
by Daniel Woodrell

"My imagination is always skulking about in a wrong place." And now Doyle Redmond, thirty-five-year-old nowhere writer, has crossed the line between imagination and real live trouble. On the lam in his soon-to-be ex-wife's Volvo, he's running a fam...